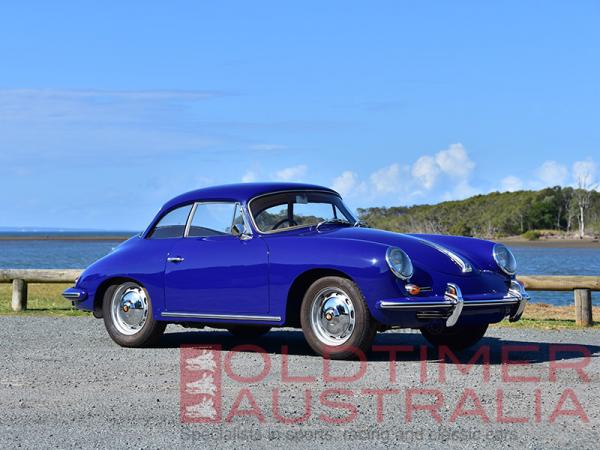 The Porsche story is a fascinating one and its roots go back to the 1930’s when Professor Ferdinand Porsche was instrumental in the design of the first Volkswagen and also Auto Union race cars. By 1939 he had built three Porsche cars to compete in the 800 mile race from Berlin to Rome, however, the race was cancelled due to the war. Porsche was forced to focus on supporting the German war effort, however, he had always wanted to build his own cars and that dream lived on. In 1944 Porsche was forced to leave Stuttgart and he set up a small operation in Gmünd, Austria. Soon after the Porsche family and many of their engineers were captured and sent to jail. Ferdinand Porsche’s son Ferdinand junior, or ‘Ferry’ as he was known, was released six months later and he returned to Gmünd to rebuild the family company. Things moved quickly and Porsche was involved with cars again and shortly thereafter in mid-1948 the first Porsche 356 was built. It is understood Porsche built some 50 hand built aluminium bodied cars in their small factory at Gmünd before relocating back to Stuttgart, Germany. The rest they say is history as the 356 evolved into one of the most successful sports cars ever built. The 356’s did well in competition all over the world and its greatest success was perhaps a class win at Le Mans in 1951.
The 356 evolved over time and the early cars, known today as ‘Pre A’ models, were built until 1955, superseded by the 356A (built from 1955 – 1959), the 356B (built from 1959 – 1963) and the 356C (built from 1963 – 1965). The 356 was built as a coupe, cabriolet, speedster, roadster and convertible. Another variant was the Notchback, which was a model created out of necessity as Porsche had received too many Cabriolet bodies from its suppliers. As a result, Porsche created the Notchback as another coupe offered between 1961 and 1962.  The 1961 Notchback (T5) production run was essentially a cabriolet body with the optional steel hardtop welded in place. From 1962 the T6 production of the Notchback evolved to become its own design.
Oldtimer Australia is pleased to offer for sale a 1961 Porsche 356 Coupe Notchback. According to the 356 Registry, this particular car is a 1961 356 hard top (T5B) by Karmann.
Little is known of this car’s early history, however, it is understood to have been sold new in the USA.  It was acquired in the USA in 2000 and imported into Australia. There is an Import Approval on file dated 14th January 2000. The car was complete, but in need of restoration. The car was sold to the current owner in April 2000. The restoration commenced shortly thereafter, but it became a rolling restoration that took years to complete. During the restoration, the car was converted to right hand drive. The body work was done in the early 2000’s by Sleeping Beauties in Brisbane and there are a number of photographs on file showing the condition of the car prior to and during the restoration. Other major specialists that worked on the car were Sandgate Body Works, Schneider Motors, Totally Custom Smash Repairs & Restorations and Flat Six Motorsport.
The restoration was completed in 2018 but the car never really had its post restoration bugs properly ironed out and it was sparingly used. Oldtimer Australia has assisted to get the car running and driving as it should, a job entrusted to Porsche specialists McKernan Restoration.
Today this rare and unique Porsche 356 presents and drives beautifully. The colour chosen for the car, royal blue, is a factory 356 colour that really suits the car. The paint work, which dates back to 2012, remains vibrant with a strong depth of colour. It is in excellent condition and there are very few blemishes or defects evident. All of the exterior trim, lenses, glass and chrome are also in similar condition. Inside the cabin is ‘like new’ and just a lovely place to be. The beige interior is a perfect colour contrast with the blue paint work. The engine bay and boot are also clean and fresh as one would expect from a recently restored car.
This 356 starts easily at the turn of the key and the engine idles smoothly from the get-go. Your first impressions, once you are seated behind the wheel, are that this car has that ‘typical 356 exhaust note’ and everything feels ‘just right’. You take in the ambience of the cabin, which is simple in a classical way, then it’s time to drive! On a recent test drive, the car performed really well. The engine pulls willingly through the rev range, the gearbox is smooth, the car steers & handles as it should and the brakes pull the car up firmly in a straight line.
At some stage, prior to arriving in Australia, the car has had its original engine replaced with a similar engine from a 1960 1600 Type 616/1 T5 from the range 601501 to 604700.
The Porsche 356 Notchbacks are rare cars with only 1,056 T5’s built in 1961. Not many survived and these unique 356’s, which were once seen as ‘the ugly duckling’ of the 356 range, are now highly sought after by collectors and Porsche enthusiasts.
Price AUD $175,000.