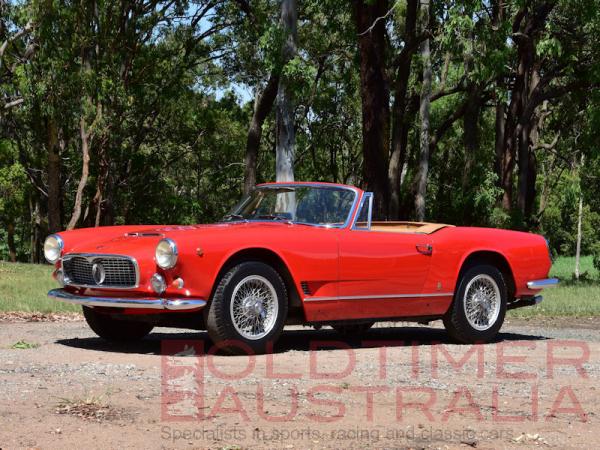 – This car has been in Australia for most of its life and comes from 28 years of continuous ownership with a major collector.

– This is a beautifully presented and driving car.

– Maserati built only 242 examples of the 3500 GT Vignale Spyders making these one of the rarest and most exclusive models.